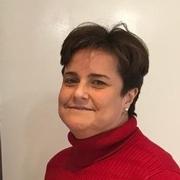 Lingotot Ireland’s newest network member has arrived! Find out more about the founder of Lingotot Drogheda & East Meath in our Q and A. 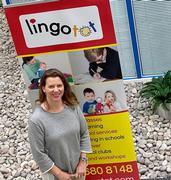 Lingotot, the new way for children to learn languages in Ireland, arrives in Cork

Lingotot, the children’s languages specialist, is delighted to be expanding into Cork this month. Sessions will be run in nurseries, community classes, primary after school clubs and holiday clubs. The roll out will start with Spanish initially with other languages such as French, German and Irish to follow.

Moving to the US? Looking to buy a pre-owned franchise? Then visit our new site www.franchiseresales.com dedicated to the selling of pre-ownwed franchises in the US.

Turnover for franchising in Ireland is €2.419 billion which represents an increase of 15% since the last survey in 2006. The Irish franchise industry has created 4,086 operating franchise units and 42,927 full-time equivalent franchise jobs. In a time of economic downturn the franchise sector in Ireland has increased job creation figures every year since 2006.

The types of franchise businesses that exist in Ireland are varied with over half in the service sector, one-third in the retail sector and the minority of franchise opportunities being van based. In terms of the business sector in which franchise owners operate, the food and drink industry is the most popular comprising of over one-fifth of franchise owners. Nearly one-third have held a master franchise for three years or less, indicative of the continued growth in the sector.

Indigenous Irish franchises account for nearly one-fifth of the franchise market. Although this may be a small percentage currently, growth is evident as this has increased from 14 percent in 2006. When looking at the origin of franchise systems operating in Ireland, the UK has overtaken the US as the dominant player, accounting for over one-third of the market. An interesting finding is that new entrants from other countries such as Australia, Spain and the Far East have established themselves in the Irish franchise market.

Franchising is now a significant contributor to new business start-ups throughout Ireland. There is nothing to suggest that this upward trend won't continue. On the contrary; franchising is making its mark around the world, as established franchise brands, and some newcomers, expand further and further into international markets, creating global brand awareness for themselves in the process.

Post your questions free of charge to our panel of franchise experts in Ireland, covering financial, legal and consultancy issues.